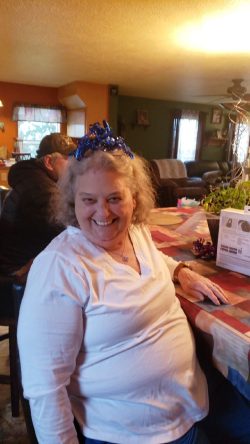 Linda Marie Miller, 66, of Sweet Home passed away Monday. She was born in Lynnwood, California to Robert Elsmere and Dawn Marie (Fuller) Brown.

She lived in California until coming to Oregon in 1974. She lived in Holley for many years and them moved to Sweet Home until her passing.

Linda was a homemaker until her daughter was in Junior High then went to work for Olive and Kenneth White as a CNA until both of their deaths. She then went into Whites Electronics production making metal detectors.

She enjoyed talking on the phone with her daughter for hours, playing her games on her tablet, playing the slots, camping and when she still could going on drives with her husband.

She was preceded in death by her father Robert Brown; mother Dawn Brown; sister Carrie Vineyard; brother David Brown; and a niece.