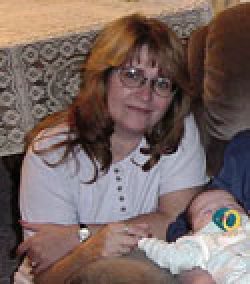 Linda Ladwig, 62, of Sweet Home passed away Thursday. She was born in Tulsa, Oklahoma to Edward and Lois (Hinman) Staton.

Linda was a member of Fir Lawn Lutheran Church in Sweet Home. She was an accomplished artist with oil and watercolors paints. Linda was an avid crafter, organizing and running several craft fairs in the Lynden, Washington area. She was also a dancer and instructor during the 1970s.

Linda was preceded in death by her husband, Charles Ladwig, in 1995.