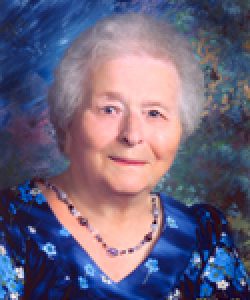 Letha owned and operated restaurants in California before moving to Oregon. She retired from JCPenny in Eugene, Oregon. She was active in the Republican Party. Letha received an award from Lane County, Oregon farmers market.

She loved all kinds of needlework, especially crochet, cake decorating, gardening/farming and selling at craft shows. She also sold baked goods, james and jellies, fruit and vegetables at Lane County Farmers Market. She loved to travel; anyplace in a car but an airplane would do.

Memorial contributions can be made to Samaritan Evergreen Hospice and Wiley Creek Community Activity Fund.