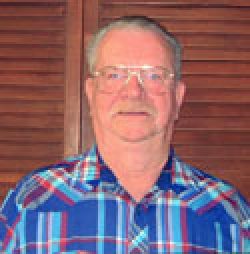 Leslie Orlin Troite, 87, of Sweet Home passed away Thursday. He was born in Ryder, North Dakota to Olaf Thomas and Hilda (Lindstrom) Troite.

He served as a Seaman 2 in the United States Navy. He entered in 1946 and was honorably discharged in 1948.

Leslie came to Sweet Home in 1959 to work on the railroad. He lived near Culbertson, Montana when he married Caroline, and their son, Gary, was born.

He worked with Burlington Northern and Southern Pacific railroads from 1959 to 1981. He was a member of Sweet Home Evangelical Church.

Leslie enjoyed woodworking, traveling, playing guitar, and singing. He loved his sweetheart, Betty, time with friends and family, and old time western music. In the early 50s he sang on Fay Crush radio station in Montana.