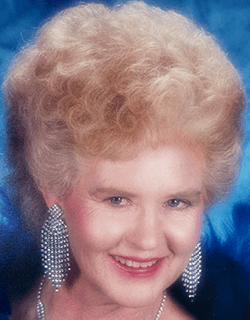 Konnie worked as a non-foods clerk at a grocery store as a young woman, where she met her husband. After marrying, she was a stay-at-home mother until her youngest was three years old, and then she found a position as a pharmacy clerk-technician until the family moved to Oregon. Konnie had a few miscellaneous jobs when first in Oregon, but finally found the one she loved. She was a preschool teacher at Little Promises in Sweet Home for many, many years and was known by many as Miss. Konnie.

She loved camping and was an avid and successful fisherwoman. She spent many summers boating, fishing, and camping with her family throughout California and Oregon. She also enjoyed cooking, canning, sewing, and reading. Her greatest joy was spending time with her family.

Konnie is survived by her husband, Patrick Ochoa, and daughters, Kelli Dunleavy and Trista Ochoa, all of Sweet Home; and one granddaughter.

She was preceded in death by both her parents and brother Rocky Cagle.