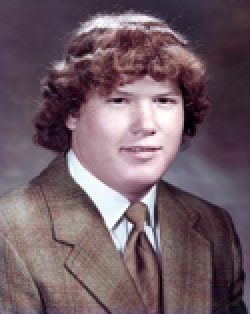 Funeral service will be held at 1:00 p.m., Friday, October 21, 2011 at Holley Christian Church. Final burial will be at Crawfordsville Union Cemetery.

Kevin C. Hipp, 56, passed peacefully on Friday, surrounded by family and friends, after a courageous fight with cancer.

Kevin was born in Lebanon, Oregon to Erick and Ernestine (Malone) Hipp. Kevin lived in Sweet Home throughout his life.

Kevin graduated from Sweet Home High School in 1973, lettering in football and wrestling. During high school, he worked at Sweet Home Tannery and the slaughter house on River Road in Sweet Home. Monday morning after graduating from high school, Kevin went to work in the woods with some of his classmates for Harvey Zoon Logging. He also worked for Triple T Logging, Willamette Industries, and several other logging outfits.

Kevin attended Linn-Benton Community College (LBCC) and took welding and diesel mechanic classes. He then worked as head mechanic for Willamette Industries. He enjoyed being home so much he retired and opened “Hipp’s Automotive”.

Kevin knew how to enjoy life: snowmobile racing, drag racing, and making anything go fast. He had a passion for Alaska, as if it was his second home, for over 30 years. Homer, Alaska was his favorite. Ocean fishing was another of Kevin’s most favorite pastimes. Anyone who knew Kevin knew he was a born skipper and fisherman. He was very proud of his boat the White Star. Kevin enjoyed wood working and everyone was amazed by the beautiful work he did.

Before he passed, Kevin wrote, “When I die, I don’t want to get to my grave well preserved and in good shape. I want to get there sliding sideways, screaming, “Holy cow! What a ride!”

Kevin’s family and friends meant everything to him. He always had a strong, caring, and honest soul.

He is preceded in death by his father, Erick Hipp, and one of his very true friends, Tim Rund.

Funeral service will be held at 1:00 p.m., Friday, October 21, 2011 at Holley Christian Church. Final burial will be at Crawfordsville Union Cemetery.