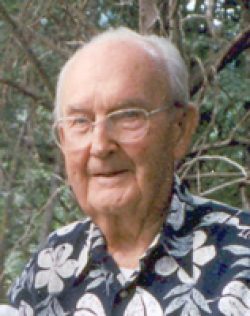 Kenneth moved to Bakersfield, California in 1932 from Greenville, Kentucky. He found work as landscaper, eventually becoming a Landscape Architect Engineer. He moved to Oregon in 1939. He attended NW Christian College, and later finished schooling at Butler University in Indiana.

He served as Minister at Sweet Home Church of Christ at 18th and Long. He continued to serve in the congregation as an Elder until his passing.

Kenneth is survived by his wife, Barbara; a daughter, Gail Dell, of Turner, Oregon; one sister, Anna Lee Warren, of Greenville, Kentucky; and his nieces and nephews; stepchildren, Christy (Mario) Bernal, of Lakeview, Oregon, Jason (Tina) Cawthorn, of Clackamas, Oregon, and Mark Cawthorn of Gresham, Oregon; and many grandchildren, great-grandchildren, and great-great-grandchildren.