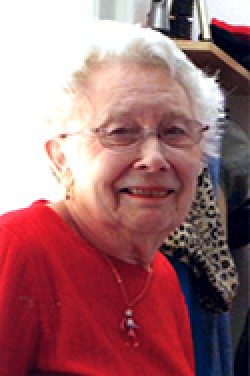 A family memorial service will take place this summer.

She spent most of her childhood in North Dakota. She graduated from Northwestern Christian College in Minneapolis, Minnesota in 1936. She later moved to the state of Washington with her family.

She was a dental assistant and held various office positions in the 1940s. She worked at Whitworth College, mainly in the library, from 1958 through 1969. She assisted her husband with his business from 1972 until his retirement in 1981. After moving to Albany, she joined Royal Neighbors and volunteered at the Albany Senior Center. She was a member of the Lebanon Presbyterian Church.

A family memorial service will take place this summer.