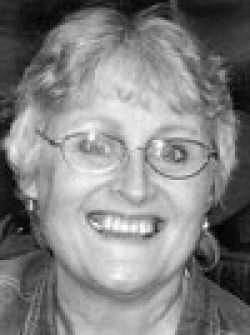 Memorial service will be at 10:30 a.m., Saturday, February 20, at The River Center in Lebanon.

Donations can be made to the Lebanon Pregnancy Alternatives Center.

Karin Darwood, age 59, of Sweet Home passed away very peacefully early Thursday morning at home surrounded by her family after a very long struggle with MS and Cancer. She was born in Stuttgart, Germany to Oswald Carl and Luise (Schmidt) Steiner.

In 1953, she immigrated to the United States with her parents. She became a US citizen in 1960. In 1965, the family moved to Ocean Park, Washington where Karin graduated from Ilwaco High School. She married her husband, Dan Darwood, on December 28, 1968. They settled in Sweet Home and raised four children.

Karin’s joys in life were her Christian faith and her family. Karin found hope and strength through her faith in Jesus Christ and focused on sharing that love with others in every way possible. Karin will always be remembered as a dedicated wife, mother, and grandmother—the joyful and smiling lady, no matter how hard things became with health struggles. She treasured time spent with her 14 grandchildren and extended family. Her home was a frequent destination of fun-filled gatherings.

Memorial service will be at 10:30 a.m., Saturday, February 20, at The River Center in Lebanon.

Donations can be made to the Lebanon Pregnancy Alternatives Center.