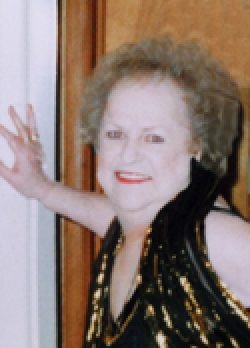 Joyce Graven, 79, of Sweet Home, Oregon passed away Tuesday, July 9, 2013. She was born in Lebanon, Oregon to Clarence and Evelyn (McCastle) Hall. Her father passed while Joyce was young, and her mother married Phil Sitch who raised Joyce as his own daughter.

Joyce married Alfred E. Graven and had three children: Gail (1950); Greg (1951); and Penny (1953). She enjoyed working with the school district while her children attended school. They moved from Cascadia to Sweet Home area in 1967.

Joyce worked seasonally at local canneries and attended beauty college. She loved to socialize and visit with the people in the area. She was a handy seamstress, sewing many of her kids’ clothes. She would go crabbing and fishing along the Oregon coast camping in her motorhome.

Joyce was preceded in death by her husband, Alfred Graven, and her daughter, Gail Graven.