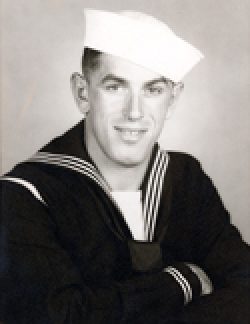 John Horn, age 89, of Sweet Home passed away peacefully into the loving arms of Jesus, surrounded by his family at home.

He was born in Underwood, Washington to Jacob Thomas and Martha Ellen (Dark) Horn. He spent his childhood years in Hood River, Oregon. After serving in the U.S. Navy from 1943 to 1945, participating in the Pacific Theater, he moved to Sweet Home to raise his family with his wife of 69 years, Ruth Jean (Kibby) Horn.

A lifetime of work was spent in the logging industry, retiring in 1985 from Willamette Industries. He was a member of and served diligently in the Lebanon Assembly of God Church.

He will be remembered by many as a caring, giving man who was a blessing to his family, church, and community. John touched many lives on his journey, giving his all and asking for nothing in return.

John was a tireless worker. Very few days passed without a project undertaken at home or for one of his countless friends. Many benefited because John shared his many skills unselfishly.