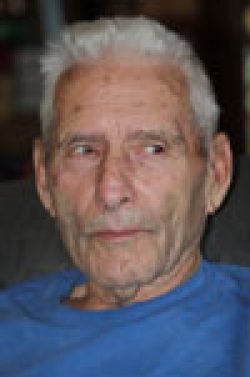 Joe married Marion Maxwell in the mid 1950s, and the couple made their home on bases worldwide. He served during WWII, the Korean Conflict, the Chosin Reservoir Campaign, and Vietnam. Joe became a pilot during the Vietnam Conflict, a skill which served him well after the war. During his military career, he received the Vietnam Cross of Gallantry, was awarded the Purple Heart, and he was also a test pilot.

Following his military career, the family moved to Rocky Point where they owned and operated the Rocky Point Resort for a few years. Joe studied at Southern Oregon College, and later graduated from OIT with a degree in gunsmithing.

Joe was a “can-do” person. He and family built their own home, and rebuilt after it was burned to the ground in a structure fire.

Shortly after coming to Klamath County, Joe started his own business “Stone’s Hauling and Excavating.” He also worked 10 years with the State Highway Department at the Lake of the Woods, and was an independent flight instructor which enhanced his love of flying. Joe had an obsession with his 172 Cessna, and enjoyed tweaking it with his friend, Ace Bigby.

Joe loved the outdoors, and was a proud member of the NRA. He enjoyed hunting and camping, making guns, and taught Gunsmithing classes at OIT. Many will remember Joe as a football referee in Klamath County. At one time, he was the oldest “White Hat” in Oregon.

Most importantly, Joe loved his family and many friends. He leaves his beloved wife of 53 years; son, Joe Ward Stone of Rocky Point; daughters and sons-in-law, Dawn and Pat Severin of Mt. Vernon, WA and Valerie and Donald Karsch of Vancouver, WA; grandchildren, Krystal Marie Karsch of Vancouver, Calvin Douglas Karsch of Bend, OR, Colin Patrick Severin, Claire Leone Severin, Ella Rose Severin, and Wyatt Leigh Severin, all of Mt. Vernon; sister and brother-in-law, Barbara and Osborne Shaw of Sweet Home, OR; and nephews, John Bingham, Randy Bingham and his wife Rosella, and Mike Shaw and his wife Lauren. Joe was preceded in death by his parents, Leona Viola (Lester) and Alfred Lenox Stone.