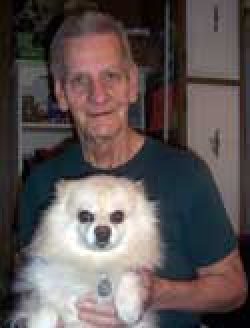 In September 1950, he followed his older brother, Clayton, and joined the Air Force. He was stationed first at Lackland Air Force Base (AFB), and then Sheppard AFB in Texas for training. His first duty assignment was Williams AFB, Arizona as an F-80 crew chief. While there, he was injured and sent to Travis AFB, Califorina where he was medically discharged in Dec 1951.

Following his discharge, he lived in northern Utah for several years before returning to Oregon. He worked for many years as a mechanic at various auto dealerships in Corvallis, Oregon: Tharp Motors; Wayne Buck Chevrolet; Held Pontiac; and finally retiring from Jack Scoville.

He was a life member of the DAV Willamette Chapter #17 and served two terms as Commander and one term as Chaplain.