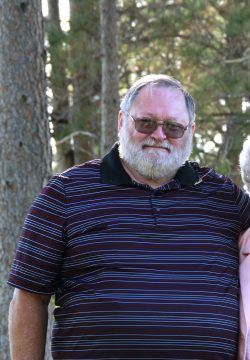 Jerry Lee White, 75, of Sweet Home passed away Wednesday after a battle with colon cancer. He was born in Isabella County, Michigan to Francis and Freda (Terry) White.

After Jerry graduated high school, he went on to college and then joined the US Army in 1966. He deployed with the 131st Aviation Company and was honorably discharged in 1969 after nearly three years overseas during the Vietnam War. When he returned home he went to work for GM before moving to Oregon in 1973.

Jerry worked as a preschool teacher at Head Start for several years and in 1980, he went on to work at Foster plywood mill until layoffs sent him back to college in 1997. He completed his associates degree at LBCC then went to work for HP in Corvallis which he retired from in 2014.

Jerry married the love of his life Betty, in 1986. They raised their children together and were a stellar example of love, generosity, and patience. He was a man who wrote love letters to his wife just because he felt like it. He sent his daughters flowers even when it wasn’t their birthday and taught them how to properly use firearms. Friends and family will remember him for many things like his total honesty, perfectly cooked ham, and wicked sense of humor.  His children knew they could always come home. His brothers knew they could always depend on him. His mother knew she would always be cherished.

Jerry is survived by his mother Freda White; daughters and spouses: Diana White both of Oregon, Melissa Dietrich of Oklahoma; son and his wife Joseph Milburn of Kentucky; bonus children and their spouses: Robert Shears of Minnesota, Celina Slater of Oregon; grandson Rally Graham of Oregon; granddaughters: Mariah, Silvia Milburn both of Texas; brothers: Ron White, Ken White both of Michigan, Tom White of Arizona and Mark White of Wyoming.

Jerry was preceded in death by his father Francis White in 1994 and wife Betty White (Grabeel) in 2015 after her own battle with cancer which he fought by her side every step of the way.