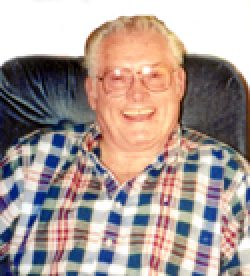 Viewing will be at 10:00 a.m., Saturday, June 6, at Sweet Home Funeral Chapel. Funeral service will follow at 1:00 p.m., with final burial at Crawfordsville Union Cemetery.

Jerry Burger, 80, of Albany, Oregon (formerly of Crawfordsville) passed away Monday. He was born in Ordway, Colorado to Edwin M. and Eva (Marchbanks) Burger.

During the war years, the family moved to California. Jerry often talked about the thrill of seeing P-40 aircraft roaring by just over the rooftops during that time. They moved to the Crawfordsville area in 1947, where the family bought a 40-acre farm and where Jerry finished growing up. That’s where he met his life-long buddy, Lavone Lovely (AKA Slurpee), with whom he shared many a youthful adventure.

Jerry excelled in sports, lettering in basketball and band, and graduated from Sweet Home High School in 1952. He had a lifelong passion for fishing, old cars (GM), motorcycles, the OSU Beavers, and WWII aircraft – particularly the P-40 and the Flying Tigers.

Early on, he worked many different jobs until he found his true calling as a car salesman, which he excelled at. Over the years, he worked with many of the dealers in the Valley, and developed long-term relationships spanning decades with most of his customers. He finished his career as the sales manager of Nissen Ford in Albany. He was a “True Car Guy.” His pride and joy was a beautiful 1941 Buick Century that he and his wife, Betty, acquired and displayed at car shows — a passion she shared, as well.

To many of his grandchildren, he is lovingly known as “Grampa Ice Cream.” His two best four legged friends are Teddy and Graham Crackers. Both he and Betty are blessed to have the support of many friends and neighbors close by.

Viewing will be at 10:00 a.m., Saturday, June 6, at Sweet Home Funeral Chapel. Funeral service will follow at 1:00 p.m., with final burial at Crawfordsville Union Cemetery.