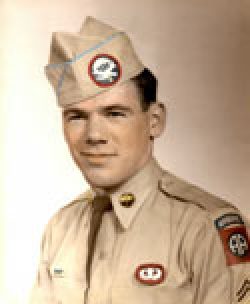 Graveside service will be held at 2:00 PM Thursday, April 21, at Lewis Cemetery in Foster.

Jerry Ray ‘Chaddy’ Kruesi, 81, of Brownsville passed away Thursday. He was born in Monticello, Wisconsin to Herman and Lena (Rothlisburger) Kruesi.

He was known to most as “Chaddy.” He worked as a machinist in California until 1966 when he moved his family to Brownsville, Oregon. Chaddy then worked in the woods as a logger before going to work at Champion International. He retired when Champion closed its operation in Lebanon. Chaddy enjoyed raising cattle and farming during his retirement years.

Graveside service will be held at 2:00 PM Thursday, April 21, at Lewis Cemetery in Foster.