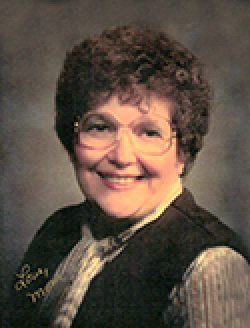 Jeanna C. Maughmer, 82, of Sweet Home, Oregon passed away Wednesday, April 13, 2016. She was born in Salem to Carl and Eva Irene (Moore) Owsley.

Her first husband was in the military, so the family moved a great deal. Jeanna lived in Oregon, California, Maine, Hawaii, and finally settled back in Oregon. She was married five times; John Warren Hicks, Earl Kenneth Maughmer, Darrel Yardley, Bob Stone, and Cyrus Blodgett who made her a widow.

Jeanna was a member of the Church of Christ in Lebanon, Albany, and Sweet Home.

She was preceded in death by her husband, Cyrus Blodgett, and daughter, Juanita Hicks.