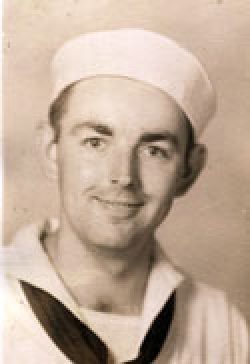 Contributions may be made in Jay’s name to an organization of choice.

Graveside service will be at 2:00 p.m., Thursday, October 16, at Gilliland Cemetery in Sweet Home.

Jay Howard Cole, 93, of Sweet Home passed away Thursday, October 9. He was born in Portland, Oregon to Don Albert and Victoria (Boleen) Cole.

Jay served in the U.S. Navy as a radarman in the Pacific. He was honorably discharged in 1946.

While growing up in Portland, he graduated from grade school and Benson Polytechnic High School, class of 1939. Jay worked at Boeing Aircraft in Seattle before returning to Portland to work as a tool designer at Columbia Aircraft Industries where he met Lelia Morehead. They married in 1943. After serving in the U.S, Navy, he graduated from the University of Portland under the GI Bill in 1950 with a Civil Engineering degree. He worked at the Oregon State Board of Health heading up the hospital and related facilities construction program from 1950 to 1981.

He enjoyed building models of ships, aircraft, and animals with his sons. Jay was a member of the Calvary Presbyterian Church in Portland, serving as a trustee, deacon, and elder, as well as teacher. In Sweet Home he was an active member of the Sweet Home Church of Christ, serving as deacon, elder, and teacher of an adult class, and was active in many committee roles.

He and a close friend, Don Nyberg, built two beach houses. The last house he built was the dwelling where the family lived in Sweet Home on the site of the historic Ames donation land claim.

Contributions may be made in Jay’s name to an organization of choice.

Graveside service will be at 2:00 p.m., Thursday, October 16, at Gilliland Cemetery in Sweet Home.