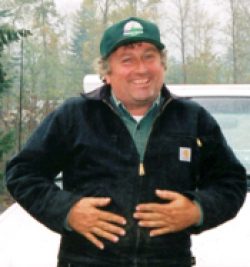 A viewing will take place from 4:00 to 7:00 Tuesday at Sweet Home Funeral Chapel.

Jay’s parents were from New York and came west before he was born. Jay was born on April 13, 1957 in Torrance, California, the son of Jay Gordon and Doris Irma (Carlson) Rector, Sr. He grew up in California attending school until moving to the Sweet Home area when he was 15. Jay worked for the City of Sweet Home Public Works Deptartment for 27 years. He was Public Employee of the Year two times. Jay really enjoyed his job and the people he worked with.

Jay enjoyed working on his farm equipment and trucks, and taking care of his pets and cows.

He is survived by his mother, Doris Rector, of Sweet Home; best friend, “Romeo,” his dog; and cousins. His father, Jay Gordon Rector, Sr., preceded him in death.

A viewing will take place from 4:00 to 7:00 Tuesday at Sweet Home Funeral Chapel.