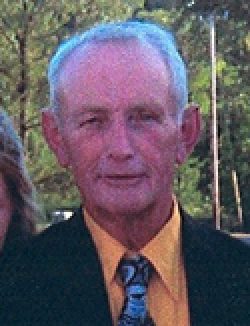 A memorial service is planned for 1:00 p.m., Saturday, January 11, at Sweet Home Funeral Chapel with a reception following the service.

James Wilbur Cameron,74, of Sweet Home, Oregon passed away Wednesday, January 1, 2014. He was born in Warrenton to Lester (Bob) and Lillian (McMillen) Cameron.

Jim attended Warrenton Grade School and High School and graduated in 1958. After graduation, he attended University of Oregon from 1958 to 1961 to study art and architecture.

In 1962, he joined the Navy and served in the Aviation Fire Control School in Memphis until 1966.

Jim returned to Warrenton to attend Clatsop Community College from 1966 – 1968 where he studied civil engineering and science. After graduating, Jim worked in the Astoria area at American Can co., Bumble Bee Seafoods and Point Adams Packing.

Around 1986, he moved to Oregon City where he bought into Galvanizers, an auto dipping service. Jim lived in Oregon City until he retired in 2007. In 2008, he moved to Sweet Home where he pursued his passions for cartography, Native American history, and classic car restoration.

Jim was a member of The Sheet Metal Workers Union, The American Legion, and numerous car collector clubs including the Albany branch of The Early Ford V-8 Club.

He will be remembered as an avid 1930’s era Ford collector and restorer and for his ability to become fully immersed in a subject and study until he was an expert in any given field. He had an offbeat sense of humor and most friends will picture Jim with a cigarette in hand and a wry grin on his face. Most will be surprised to know that Jim was a very generous man with a big heart who often loaned money to those less fortunate than him with little hope of ever being repaid.

Jim is survived by numerous cousins and friends.

He was preceded in death by both his father and mother. He had no siblings.

A memorial service is planned for 1:00 p.m., Saturday, January 11, at Sweet Home Funeral Chapel with a reception following the service.