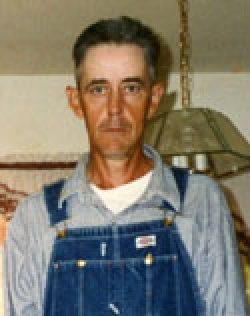 A funeral service is planned for 10:00 a.m., Tuesday, February 26, at Holley Christian Church. Final burial will be at Crawfordsville Finley Cemetery.

James Edward Gibbs, 69, of Sweet Home passed away Tuesday at his home. He was born to Woodrow and Flossie Gibbs in Salem, Missouri.

James was employed by Santiam Plywood, later known as Willamette Industries, until his retirement. He enjoyed the outdoors and taking daily walks that most would consider a marathon.

James is survived by: his sisters, Juanita May and Janice Miner, both of Sweet Home; brothers, David, Daniel, and Gregory Gibbs, all of Sweet Home; and numerous nieces and nephews. He was preceded in death by: his parents; sister, Joyce; and brothers, Donald and Winfred.

The family would like to give a special thanks to Brad and Amy Newport for having such a major impact on their brother’s/uncle’s life. Thank you very much. He’s finally home on the farm.

A funeral service is planned for 10:00 a.m., Tuesday, February 26, at Holley Christian Church. Final burial will be at Crawfordsville Finley Cemetery.