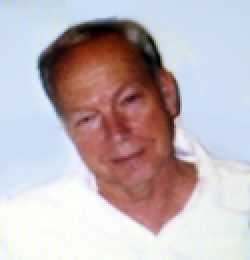 Jim passed away Tuesday, July 2, 2013 peacefully with family around him from an eight-year-plus battle of Lewy Body Dementia, which is second in the world to Alzheimer’s.

Jim was born in Sweet Home at the home of David Francis and Mary Elizabeth Schermesser Walker. The last of seven children, Jim graduated Sweet Home Union High School in 1955.

Jim and his wife of 56 years, LouVee, lived in the home where Jim was born for 51 years. Five years ago, they built a new home in the back yard of the property.

Jim worked part-time in the high school doing various jobs. He also worked with various crops (strawberries, cherries, and beans) and worked in a filling station and a mill. When Jim and LouVee married he was a logger for several different companies. In December 1959, Jim went to work for Willamette Industries at the Sweet Home Plywood Division and retired in 1994 at the age of 57 when the mill closed.

Jim is preceded in death by: his parents; and brothers, Eldon W. Walker, Eugene, Willis V. Walker from Missouri, Harold L. Walker from Salem, and Wilber Ray Walker from Lebanon.