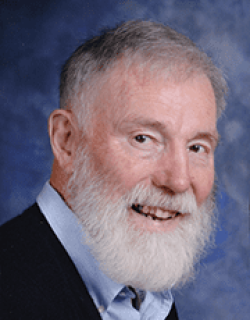 A special thanks to all who helped, loved and cared for Jim; especially Rebekah, Pete, Connie, Mona, Carolyn, and Fred, Adair Rural Fire and Rescue, Lumina Hospice, and the wonderful staff at Good Samaritan.

Memorial service will be at 10:00 a.m., Tuesday, January 29, at St. Mary’s Catholic Church in Corvallis. In lieu of flowers, the family requests donations be made to Alzheimer’s Network of Oregon ( https://alznet.org ) or Lumina Hospice & Palliative Care of Corvallis (https://www.luminahospice.org).

He grew up on a ranch in Twain Harte, California. He loved animals, especially raising and showing Yorkshire pigs in 4-H and Future Farmers of America. He also loved riding his horse, Dawn, in the Sierra Nevadas, participating in the Twain Harte Horsemen and riding in the annual Motherlode Roundup Parade. His father, brother, and he rode into Emigrant Basin each summer to fish.

Jim was active in 4-H, Future Farmers of America, and the Boy Scouts. He earned an Eagle Scout Badge. He played football, wrestled in high school, and competed in track and basketball through high school and junior college.

Jim married his high school sweetheart, Janet Rae (Robles), on December 19, 1960 at St. Patrick’s Catholic Church in Sonora, CA. They moved to San Luis Obispo where he completed his B.S. in Agricultural Engineering from California State Polytechnic College in 1962. He continued on to the University of Arizona for his master’s degree.

Jim began specializing in Environmental Quality and ended with Constructed Wetlands. He took his first professional position as a junior research engineer at the University of California Davis, Department of Agricultural Engineering from 1964 to 1968. He was an assitant coach for the UC Davis Men’s Basketball Team. In 1968, he joined the Agricultural Engineering Department at the University of Minnesota, where he completed his PhD in 1975 and joined the faculty as an associate professor.

Jim moved to Corvallis, Oregon in 1979, becoming a full professor in 1981. During his 23-year tenure at Oregon State University, he also served as: Associate Professor, Extension Agricultural Engineer, and Visiting Scientist at both the New Zealand Agricultural Engineering Institute and the University of New South Wales in Australia. Jim ended his professional career as the Department Head of Bioresource Engineering and became Professor Emeritus in 2002. During his career he was also blessed with travel and invited to work around the world, from the Philippines to Yemen, often exploring with Janet. Jim’s many recognitions include Distinguished Professor, the US Department of Agriculture Award for Superior Service, and Fellow of the American Society of Agricultural Engineers (ASAE).

He found the most joy in his friendships, loyal dogs, pickup games at Dixon, singing and dancing to the Glenn Miller Band, and serenading his true love with Sinatra favorites. He relished time woodworking in his shop while listening to Garrison Keillor.

Jim enjoyed the great outdoors, making memories sailing, backpacking, going on annual Montana hunting trips, fly fishing adventures, and drift boat fishing excursions in Alaska. He led by example. His quiet successes ranged from volunteer awards to Masters Volleyball All American, but he was most recognized for his humility. He worked tirelessly helping the people he cherished, but his grace was most powerful when extended to strangers, changing flat tires or picking up hitchhikers, always making time for others. Jim will be remembered by his contagious smile, generous heart, witty humor, and unconditional love.

Jim is survived by his loving wife of 58 years, Janet. He was a lifelong teacher and coach to his five children: Kelly Fujiwara (Jon), Kim Boyd (Mark), Donald Moore, Dennis Moore (Pat), and Korinna Wolfe (John). Papa was a genuine hero to his above average grandchildren: Kace, Jamieson, Courtney, Morgan, Keegan James, Aaron, Marisa, Jackson, and Kenyon; he also leaves a brother, Don (Peggy); his In-laws: Gary, Darlene, Kevin, and Larry (Connie), as well as numerous nieces and nephews.

A special thanks to all who helped, loved and cared for Jim; especially Rebekah, Pete, Connie, Mona, Carolyn, and Fred, Adair Rural Fire and Rescue, Lumina Hospice, and the wonderful staff at Good Samaritan.

Memorial service will be at 10:00 a.m., Tuesday, January 29, at St. Mary’s Catholic Church in Corvallis. In lieu of flowers, the family requests donations be made to Alzheimer’s Network of Oregon ( https://alznet.org ) or Lumina Hospice & Palliative Care of Corvallis (https://www.luminahospice.org).