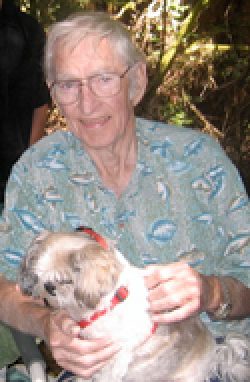 A memorial service will be held at 1:00 p.m., Saturday, October 11, at Community Chapel at Ames Creek in Sweet Home. Open invitation.

Isham (Ike) Thomas McCammon, age 73, of Sweet Home passed away Thursday, September 25. He was born on the family farm in LaCygne, Linn County, Kansas to Thomas Zephaniah and Viola Mary (Jackson) McCammon. He was Highland Scot on both sides.

Known as “Ike” to his co-workers, Isham spent 35 years in the highway and electronic sign business as an installer and, later, as an estimator. He worked for several companies, including Martin Brothers Signs in Eugene as well as Ramsey, Blaze, and Meyer’s Signs in Portland. After retiring, he opened McCammon Furniture in Sweet Home, selling new and used furniture for seven years with his wife, Gail.

Isham loved hunting, camping, traveling, and reading Westerns. He enjoyed horse shows and rodeos, and was an avid horseman. He was leader of the Four Winds 4H in Creswell and enjoyed spending time with his children, grandchildren, and great grandchildren.

A memorial service will be held at 1:00 p.m., Saturday, October 11, at Community Chapel at Ames Creek in Sweet Home. Open invitation.