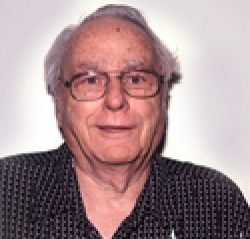 Howard Adelbert Baker, Sr., age 79, of Sweet Home died in his home. He was born in Everett, Washington to Andrew Joshua and Lousia Jane (Liddicoat) Baker.

Howard was the 4th generation of Baker’s out of Alaska. The women would all come down to the “Lower 48” to have their babies, then return to Alaska. His great-grandfather and grandfather helped portage the gold miners over the Chilkoot Pass from 1898-1900. Their main occupation was dairymen. They owned the first dairy in Skagway, Alaska.

Howard and his mother and father lived in Auburn, Washington. His mother died when he was three years old. His father raised him and took him back to Alaska when he was 10 years old. He lived first in Sitka, then Petersburg, then on to Anchorage where he lived for 43 years. He went to Anchorage High School, played varsity basketball, graduated in 1949.

Howard had many jobs in Alaska, starting with working on native fishing boats in the summers. After marriage, he worked out of the teamsters hall driving truck, then he went to Clear, Alaska and worked as a warehouseman, truck driver for RCA Satellite Radar Station for seven years. Then he worked out of the teamsters hall in Anchorage until forced retirement due to the finishing of the oil pipeline in May 1980.

Howard moved to Sweet Home, and then Alice passed away.

He met Jean ( Smokey) Roper in 1985, they were married in March 1986. They lived on three acres out in the country, and Howard took classes to become Master Gardener from OSU Extension. His greatest passion was his roses, and he taught many classes on the care and raising of them.

Howard spent 3 1/2 years in the military. He was a member of Sweet Home United Methodist Church and helped in many ways in his church.