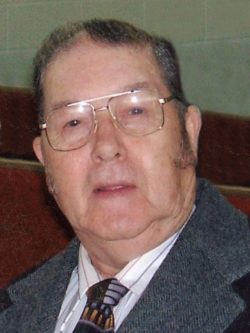 He lived in De Queen, Arkansas before moving to Sweet Home on May 15, 1950. GW married Helen Juanita Smith in 1949 in Arkansas.

He worked in lumber mills, was a truck driver and a Baptist preacher for 57 years.

GW enjoyed the outdoors, hunting, fishing and reloading ammunition. He would get up at 4 am to read the Bible and prepare for ministering. He was a Pastor of Mt. Calvary Missionary Baptist Church of Sweet Home. After retiring, he became a member of Waterloo Chapel.