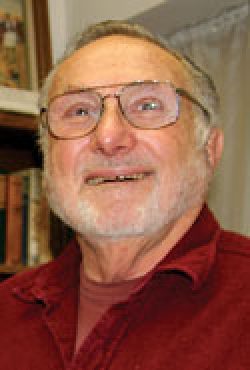 In lieu of flowers, donations may be made to the Oregon Food Bank or Safe Haven animal shelter.

Gus Joseph Gerson Jr., 78, of Sweet Home passed away Saturday. Gus was born in Los Angeles, California to Teresa Alicia (Costa) and Gus J. Gerson. He had one sister, Barbara. His childhood and high school years were spent in the same house. He grew up playing baseball and football and reading Red Ryder and J.R. Tunis books. During the summers, he worked in Sequoia seeking to protect the trees from blister rust. This started a lifelong love of backpacking and fishing. After graduating from Long Beach College, Gus entered USC where he was a member of the Delta Sigma Phi fraternity. He graduated with a Bachelors degree in 1953. He worked with young people after graduation, and it was during that time that he became a lifelong Angels fan. He wanted to take the youth that he was working with to a baseball game, and the Angels provided him the tickets- and recognized them publicly – something that meant a lot to them, but that earned the Angels a lifelong fan.

While working at Disneyland when it first opened, Gus met his wife of 55 years, Diane. Together they had three children, Alicia, Eric, and Dirk. After serving his country in both army active duty and the reserves, Gus worked as a superintendent of recreation for the city of Pasadena and later, after receiving a Masters degree from, Cal State, Los Angeles and a doctorate from BYU, he became a professor at CSUN and Cal Poly, Pomona. He retired from teaching in 1994 as Professor Emeritus. He spent his career empowering others to discover their potential, both personally and academically.

Searching for a unique place in which to spend their golden years, Gus and Diane settled in Sweet Home on the Calapooia river. Together they built their dream home and lived there for 20 years. Gus was a member of Kiwanis, Amvets, the tourism committee, and, until recently, the Board of the Sweet Home Chamber of Commerce. He loved Sweet Home and always felt the community accepted and embraced him for who he was and enabled him to have the most genuine friendships of his life.

He loved backpacking, fishing, the Angels, racquetball, bridge, and traveling (both at home and abroad). He was fond of Robert Service and John Dos Passos. But nothing gave him more joy than spending time with his eight grand children, watching their sports, reveling in their academic successes, and loving them unconditionally.

In lieu of flowers, donations may be made to the Oregon Food Bank or Safe Haven animal shelter.