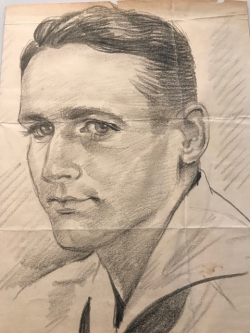 There is no funeral scheduled at this time; however, in the spring of 2019 his daughters are planning a memorial to spread his ashes at an undisclosed location in Sweet home Oregon.

George Duane Ferguson aka Pudy, 75, of Sweet Home, Oregon passed away Thursday, December 27, 2018. He was born on December 24, 1943 in Covington, Kentucky to Henry and Margurite (McTavish) Ferguson.

Around the age of two, George’s family relocated to Oregon. In 1961, at age 17, George enlisted in the United States Navy. He was stationed in Long Beach, California and assigned to the USS Alfred A. Cunningham. After leaving the Navy in 1963, George remained in California, where he married and had four daughters, Sherry (deceased), Gina, Karen, and Katherine (aka, Kat Fish). In 1996, George returned to Oregon and lived in Sweet Home until his death.

For most of his life, George worked as a machinist at various machine shops in California and Oregon. Upon returning to Sweet Home in 1996, he worked at Moose Creek Machine and Repair for approximately 20 years. After he retired, he would often visit the shop to help out and see how things were going.

George was quick witted and had a great sense of humor. He was an extremely strong person inside and out. He was a man of strong conviction and was never afraid to tell you what he thought.

George really loved cats and they loved him. His latest cat, which he called Terrorist, loved riding in his truck with him and sleeping on his chest and face. George also loved his 1977 Chevy truck, country music, and John Wayne movies.

There is no funeral scheduled at this time; however, in the spring of 2019 his daughters are planning a memorial to spread his ashes at an undisclosed location in Sweet home Oregon.