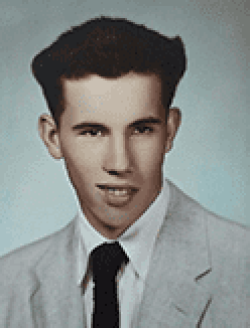 Graveside service will be at 11:00 a.m., Friday, March 1, at Gilliland Cemetery.

He lived on Whiskey Butte his whole life. He worked as a logger. Gene love hunting and fishing. He loved the game of baseball and played in a city league and coached Little League for several years.

Gene had a very active life, he loved country music and was very good on the fiddle. He learned to play the fiddle from his grandparents, Ed and Kitty. He water skied, raced motorcycles and drag raced in his younger days. Gene spent a lot of time golfing.

Gene is survived by his wife, Adelle; Daughters: Angela Belveal and her husband Blake, Susan Dimick and her husband Lynn; son, Mark Harris all of Sweet Home; five grandchildren; and nine great grandchildren.He was preceded in death by his parents, “Jack” in 1985 and Hazel in 1993; and his only brother, Bob Harris in 2007.

Graveside service will be at 11:00 a.m., Friday, March 1, at Gilliland Cemetery.