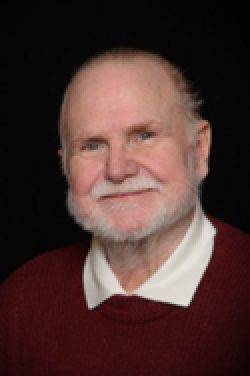 A viewing will be from 4 to 7 p.m. Tuesday at Sweet Home Funeral Chapel. A funeral service will be at 11 a.m. Wednesday at the Church of Jesus Christ of Latter-day Saints, 1155 22nd Ave., Sweet Home, OR 97386. Final burial will be at Gilliland Cemetery.

Frank E. Morrelli Jr., 66, of Sweet Home lost his valiant battle with liver cancer in the early morning on Friday. He was born in Compton, Calif., to Frank E. and Bessie (McKee) Morrelli. He married Linda Lorette in June of 1963. They have two sons, Michael and Scott.

Frank went all through school in the Compton California School District, graduating high school from Dominguez in 1960. He then went on to Compton Community College where he received his Associate’s Degree in science. In 1977 he graduated with a Bachelor of Science from the University of Redlands.

Frank participated in the Boy Scouts of America program from Cub Scouts through Eagle Scout. His troop specialized in outdoor adventures. They hiked the John Muir Trail, went from rim to rim in the Grand Canyon, as well as many other smaller hikes.

In 1966 Frank and Linda bought their first home in Lakewood, Calif. That same year Frank was hired by Lynwood Police Department. He completed his academy and was an officer on the street by the time of the birth of their first son, Michael. He was very proud of being a police office as it was his childhood dream.

They completed their family while living in Lakewood, Calif., with the birth of their second son, Scott. It was after Scott’s birth that Frank transferred to Huntington Beach Police Department where he worked for the next 17 years before retiring in 1983. During his police career he was trained in crime scene investigation, crime photography and was a senior training officer. He participated in the research and development of a computerized vehicle location system so that dispatch would know exactly where every patrol car was at every moment. It was state of the art electronics at the time. He received several commendations for his outstanding police work.

In 1997 the family moved to a home in Norco, Calif. Their house was situated on a half acre of “livestock allowed” property. They had horses, beef cattle, hogs, rabbits and turkeys. The family was involved in 4-H for many years. Frank helped with the annual barbecues and other club projects. One of the best 4-H projects the family participated in was the puppies they raised for guide dogs for the blind. Their dog, Cartwright, successfully completed his guide dog training in San Rafael, Calif., and was a working guide dog for 8 years.

After suffering a back injury while on the job, Frank retired from Huntington Beach Police Department on a medical retirement in 1983. He completed vocational rehabilitation at DeVry School of Electronics. He then went to work for Hughes Aircraft in Anaheim where he worked for six years. While at Hughes Aircraft he worked on the SubEx program which was featured in the movie “Hunt for Red October.” It was state of the art submarine detection system installed in the United States nuclear submarines.

While in Sweet Home, Frank volunteered with Habitat for Humanity and helped build four houses from the ground up. He also helped build three others. He enjoyed helping families achieve the American dream of owning their own home. He was a volunteer at the Oregon Jamboree. He enjoyed spending time with his sons, their wives, his granddaughters and family. He liked fishing on Foster Lake, helping friends and neighbors, and traveling.

He is survived by his wife, Linda; sons Michael and wife Kathy of Salem, and Scott and wife Lauren of Sweet Home; granddaughters Ashley and Sarah of Sweet Home; and uncle Bert Earl McKee of Kyburz, Calif.

He was preceded in death by his parents.