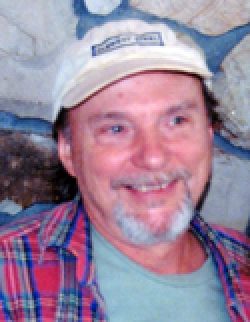 A memorial service will be at 3:00 p.m., Saturday, June 14, at River of Life Fellowship in Sweet Home.

Forrest Thomas “Tom” Blank, 69, of Sweet Home passed away Sunday. He was born in Medford to Forrest and Teresa (Parks) Blank.

He grew up in various locations throughout Northern California, Oregon, and Nevada due to his father’s occupation as a logger. Some of his most memorable places were Lakeview, where he lived with his Uncle Stanley and Aunt Emily and cousins Jane and Jake. Also, Hayfork and Peanut, California where he lived on an old homestead with his father and stepmother and cousin Roger Parks. While there he worked an old placer claim.

Tom joined the Army in 1961, was stationed in Korea, and was honorably discharged in 1964. He came to Sweet Home in 1969 and worked in the woods as a choker setter for Willamette Industries for several years. In 1972, he was hired by the US Postal Service and worked out of the Sweet Home office for 30 years.

He enjoyed 12 years of retirement by fishing, crabbing, prospecting, hunting, gardening, tree planting, and spending time with his family and friends.

Tom is survived by: his wife of 41 years, Becky, of Sweet Home; son, Jim Baker, of Redding, California; daughters, Valerie Blank, Terra (Blank) Nelson, and Megan Blank — all of Sweet Home; mother, Teresa Withrow, of Lebanon; brother, Bodie Boeggeman, of Shasta, California; seven grandchildren; and one great grandchild. He was preceded in death by his father and sisters, Betsy Thompson and Kathy Purcell.

A memorial service will be at 3:00 p.m., Saturday, June 14, at River of Life Fellowship in Sweet Home.