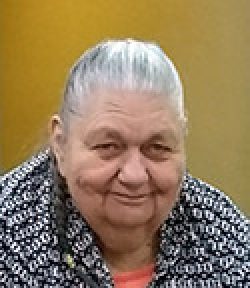 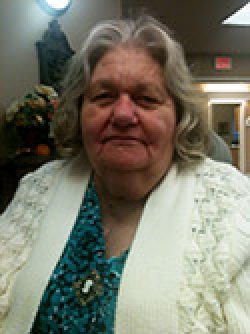 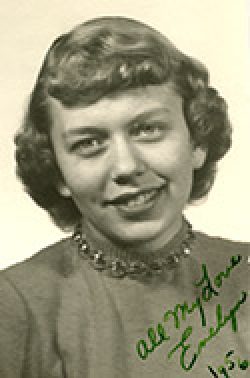 Funeral service will be at 1:00 p.m. on Saturday, May 15, at Sweet Home Funeral Chapel. Final burial will take place at I.O.O.F. Cemetery in Lebanon.

Evelyn Jeanette Anderson-Umland, 81, of Lebanon passed away Sunday, May 2nd with family by her side. She was born in Chisholm, Minnesota to Harold Alexander Valentiin and Helen Amanda (Wirtanen) Anttila.

She grew up, met, and married Norman Howard Anderson in 1958 in Hibbing, Minnesota. They moved to Lebanon and had four sons together. She lost her husband Norman in 1967 and became widowed. She then decided to move to Grand Forks, North Dakota where she met and married Gordon August Umland in 1968. They then moved to Alaska and then Illinois and then back to Lebanon after Gordon Retired from the Air Force. Together, they had one daughter.

Evelyn was a homemaker and a member of The Church of Jesus Christ of Latter-day Saints. She enjoyed sewing, gardening, canning, travel, her pets, crafts, cooking, shopping, collecting antiques and playing bingo. She especially loved being around her family.

She was preceded in death by her husband Norman Howard Anderson in 1967; husband Gordon August Umland in 2010; mother Helen Amanda Anttila in 1991; father Harold Alex ValentiinAnttila in 1988; sister Helen Marie Holli in 1990; and one step-son Dennis Umland in 2008.

Funeral service will be at 1:00 p.m. on Saturday, May 15, at Sweet Home Funeral Chapel. Final burial will take place at I.O.O.F. Cemetery in Lebanon.