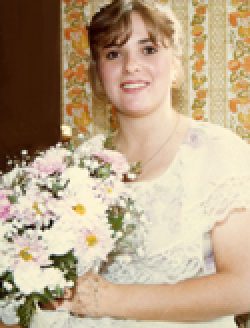 Memorial service will be held at a future date. Donations may be made in her name to Wendy Wynn and Family, 1231 Water Avenue, Albany, Oregon 97321.

Ervene Fay Carroll, 46, of Sweet Home passed away Tuesday at her home. She was born in Lubbock, Texas to J.C. and Betty Joyce (Ford) Hersome. Fay moved to Oregon in 1978 and lived in Scio, Lebanon, Albany, and Halsey before settling in Sweet Home. She also spent some time in Yuma, Arizona.

Fay worked as a child care provider before her husband became ill. After that, she spent the rest of her days as a homemaker and caregiver for him.

Fay loved spending time with her family and friends. She loved to have get-togethers with everyone. Her family and friends meant everything to her and she would have done anything she could for anyone. Fay also enjoyed her movie nights with the girls.

She is survived by: her sons, Christopher Archer of Eugene and Adam Archer of Salem; sister, Wendy Wynn of Albany; brothers, Doug Grange of Oregon and Mickey McKalister of Albany; nieces and nephews, Randy, Theresa, and Matthew; foster parents, Bill and Carlene Sim; mother-in-law, Janet Carroll; granddaughter, Nevaeh; and her next grandchild expected in 2011.

Fay was preceded in death by: her husband, Scott Carroll (February 2010); parents; and brother, James Hersome.

Memorial service will be held at a future date. Donations may be made in her name to Wendy Wynn and Family, 1231 Water Avenue, Albany, Oregon 97321.