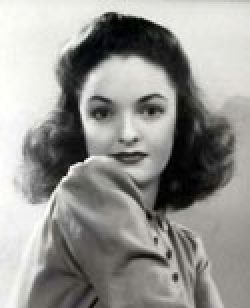 A celebration of life is planned in Cove, Oregon this summer.

Emily Noble, 92, of Woodburn, Oregon passed peacefully on Wednesday, January 21, 2015. She was born in Greenville, South Carolina to James Leland and Hallie (Covington) Vass. During her life, she lived in a wide variety of locations, including South Carolina, New York, Arizona, California, Mexico, and Oregon.

Emily spent half of her lifetime as an actress, singer, and writer in New York, Chicago, Los Angeles, and Phoenix. Her career began in New York at the age of nine, working as a radio “soap” actress. She was also the youngest member of a group comprised of most of her siblings, known as the “Vass Family Singers.” The singing group performed on radio and in film for nearly ten years, leading up to World War II. Her favorite recordings were those she produced and sent to her husband, John, while he was stationed in Belgium during the war.

Emily’s repertoire was vast. She acted in Broadway plays, and sang solo with several well-known bands and artists, including Jimmy Dorsey and Bing Crosby. She was also a gifted mimic of everything from babies’ cries to Brooklyn telephone operators on radio and stage.

In her middle years, she starred in the musical, “Lady in the Dark,” and wrote/recorded many advertising jingles throughout the 1950s and 60s. In addition, Emily was an accomplished author with at least one published novel; a murder mystery entitled, “Death Pulls the Curtain.”

In her later years, she was cast in several play-reading events and relaxed in her garden. Most of all, Emily enjoyed spending time with her family and visiting with her grandchildren and great grandchildren whenever possible. She was entertained and loved by all, and will be missed by those whose lives she touched.

A celebration of life is planned in Cove, Oregon this summer.