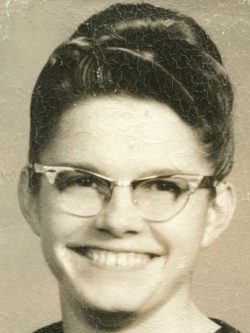 A memorial service will be held at 2:00 PM Saturday January 21st at Sweet Home Evangelical Church.

Elinor Louise Weld, 76, departed this earth to be found in her Eternal Home with her divine Elder Brother Jesus on January 11, 2017. Indeed, Heaven gained a remarkable and dear soul.

On September 1st, 1940, the world was graced with an extraordinary woman we have all known and loved: Elinor Louise Piercy. One of the many reasons her life is so remarkable is she was preceded in death by her still-born brother Edward, her month-old sister Juanita, and her mother Edna. Born in West Virginia, Elinor absorbed little catch phrases that she liked to impart into conversations all of her life. At the tender age of 7, Elinor, her father Ward, and her Grandmother Nora drove across the country and settled in Port Angeles, Washington. Her father remarried and so Elinor was blessed with her sister Ginni and brother Charlie, who remained close for the rest of her life.

After attending business college, where she learned shorthand that she used as secret code to keep her future children in the dark, Elinor was called into the ministry to preach the Gospel of Jesus. A few years later, she felt the Hand of God told her it was time to stop preaching. She spent time caring for Grandma Nora while commuting to work in an office in Olympia, Washington.

On April 5th, 1968 Elinor married Truman Weld. A few months later, December that same year, they moved to Alaska, moving from Tok to Skagway, and finally Fairbanks. In Fairbanks, together Truman and Elinor made an open home where people could come and go, partaking of and sharing in their warm hospitality. They raised two daughters, both of whom are certain they each had the best mom ever. Elinor was always open for a visit with anyone, no matter the topic, and she heaped unconditional love on all. She was great at creatively solving problems, tactful in her communication, and always with a bit of humor sprinkled throughout.

Truman and Elinor spent many happy days and weeks traveling all over the country, visiting with long time friends as well as new. Their traveling days came to an end in 2004 when Elinor had a couple of strokes. In 2005, they moved to Albany, Oregon and began a new chapter in their life. Elinor didn’t let the wheelchair strap her personality down in any way and continued to brighten the lives of everyone who had the opportunity to spend time with her.

Faithful to the end, Elinor could often be found sitting at her rolling table reading her Bible. She always had a spiritual thought to share with anyone who would take the time to listen. She loved to attend any meeting where she could hear about God and Jesus, which would inspire and increase her faith.

Elinor leaves behind her faithful and doting husband of 48 years, Truman Weld; her daughter Flory Goodell and husband Robert; her daughter Erika Weld; and countless extended family and close friends.