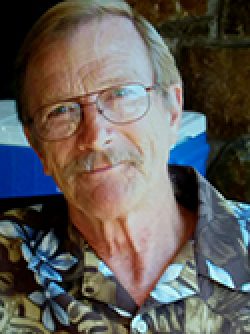 A memorial service will be held at a later date.

Edward married Elda Mae Standeford on November 26, 1980 in Eugene. He worked as a radio and communications technician for the state highway department. He was talented in many ways, making many wood carvings and bronze pieces. Ed loved motorcycles and took several trips with his buddies. He was an avid reader. He loved family reunions. Ed was a generous and loving man and a devoted husband and father. He and Elda were snowbirds and travelled to Yuma, Arizona for 11 years.They enjoyed traveling and visited many states. Ed and Elda were members of Riverside Christian Church for over 22 years.

Edward is survived by his wife, Elda Miller, of Sweet Home; two daughters from previous marriages: Brandy Sanders of Wenatchee, Washington and Melissa Miller of Sacramento, California; two step-sons: Douglas Standeford of Eugene and Gerald Standeford of Palmer, Alaska; siblings Betty Snyder of Washougal, Washington, Joyce Colley of Marcola, Virginia Witten of Arizona, Patty Halsell of Sweet Home, Phillip Miller of Springfield, and Loyce Goodwin of Sweet Home; twelve grandchildren; nine great grandchildren; two great great grandchildren; and many nieces and nephews. He was preceded in death by his parents and his brother, Bob Miller. He will be greatly missed.

A memorial service will be held at a later date.