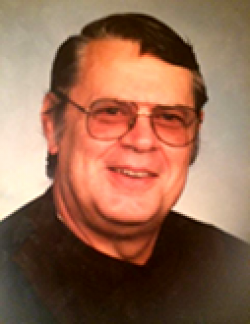 Edward “Lee” Smith, 79, of Brownsville, Oregon passed away Sunday, May 10. He was born in Grand Forks, North Dakota to Howard L. and Margaret L. (Peterson) Smith. He grew up in Denver, Colorado.

He did not care much for school, however, he had a fondness for his math teacher and, as a result, he excelled in mathematics, which benefited him years later when he managed the accounting department for Columbia Distributing. He lived and worked in the in Portland area for several years before retiring to Brownsville. In Portland, he worked as a delivery driver for a glass company, Grimm’s Fuel Company, and Columbia Distributing. He ran his only long haul truck for several years hauling products across 48 states.

Lee served in the United States Army from 1959 to 1962, then transferred to the Army Reserves. In his service to his country, he was a courier and worked as in a classified communications center in Korea.

He was faithful to his good wife, Louise, who suffers from Lymphedema for over 40 years. He was always making sure she was comfortable.

During his time in Portland, he volunteered as a Scoutmaster and, in his younger years, he was an active mountaineer, climbing most of Oregon’s highest peaks and many in California and Washington. He loved telling a story of the time he and Louise took a return trip from south Central America to Portland in the 70’s. Some friends of theirs drove their Chevy truck and camper down and Smith’s drove the truck back. The story was very entertaining.

He was a member of the Church of Jesus Christ of Latter-day Saints. He was engaged in his church responsibilities, faithfully visiting several families each month. He was active in his community volunteering at the library, being an avid genealogist, he taught family history courses in the library. He was a Family History Specialist in his church. He and Louise would take trips all over the 11 western states looking for relatives in old graveyards.

He was a friend to many and took joy in cooking his famous clam chowder for those friends. He loved going to breakfast with his close friends.

He is survived by his wife, Louise; brother, Bruce Smith of Las Vegas; nieces and nephews; and many neighbors and church friends. He is preceded in death by his parents.