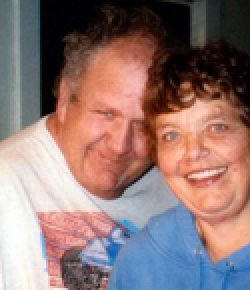 Edward Charles Peterson, age 57, of Lebanon passed away Sunday. He was born in Myrtle Point, Oregon to Charles Edward and Alice May (Bird) Peterson.

He loved collecting old cars and die-cast cars. He was a member of the Rolling Oldies Car Club and the Portland GTO Club. He enjoyed drag racing and NASCAR.

Edward is survived by his daughter, Sue, and her husband, Brent Tompkins, of Vancouver, Washington; son, Calvin Peterson, of Lebanon; brother, Larry Peterson, of Eugene; sister, Karen Bradley, of Lebanon; and grandchildren, Kristen and Ryan Tompkins.

In lieu of flowers, donations may be made to an education fund for Ed’s son, Calvin Peterson, at any US Bank branch.