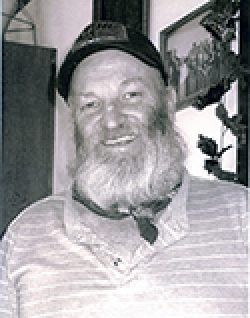 A memorial service will be held at 2:00 p.m., Thursday, April 21, at Sweet Home Mennonite Church.

Eddie Ray Vaughan, 57, of Lebanon, Oregon passed away unexpectedly Wednesday. He was born at Langmack Hospital in Sweet Home to Charles and Mary Lou (Bowen) Vaughan.

He was born and raised on a farm in the Lebanon area. After graduating from Lebanon Union High School in 1976, he went to work for the family business, Vaughan Logging. He worked in the logging industry for 39 years, starting out as a cutter, then running the equipment.

Eddie married Sonya Nixon on May 23, 1981, and they had three children: Edward, Jeopardy, and Ryan Vaughan.

Eddie enjoyed riding his bike, fishing, working his farm, raising cows, and looking for arrowheads. He, most of all, enjoyed his family, including nine grandchildren.

His smile and laughter will be forever missed.

He was preceded in death by his nephew, Jason Sarter, in December 2015.

A memorial service will be held at 2:00 p.m., Thursday, April 21, at Sweet Home Mennonite Church.