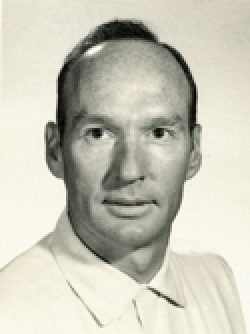 There will be no funeral or memorial services for Mr. Rue at his request. A graveside service with Military Honors will be at 1:30 p.m., Tuesday, May 12, at Fern Hill Cemetery in Menlo, Washington.

Dwayne Taylor Rue, 92, of Lebanon, Oregon passed away Thursday, May 7, at the Oregon Veterans’ Home with his daughter by his side. He was born in Raymond, Washington to Harvey and Alma (Coffin) Rue.

At five years old, Dwayne and his sisters moved to Mooseheart, Illinois to live at Mooseheart, the Child City, until he graduated from high school in June of 1941. He moved to Chicago, Illinois where he worked days at a High-Low Food Store and for the Pennsylvania Railroad at night.

In December of 1941, after WWII was declared, he returned to Raymond, Washington and enlisted in the United States Navy. After “Boot Camp” in San Diego, California, he was sent to Detroit, Michigan to attend Electrician School. After graduating, he volunteered for the Submarine Service and from 1942 to December of 1945. He served in the Pacific Ocean aboard the Scamp, Blackfish, and the Sea Dog. He was a member of an elite submarine group called the Hellcats of the Sea, and the Mighty Mine Dodgers.

After Dwayne’s discharge from the Navy, he returned to Raymond and worked for Pacific County survey crew until his marriage to C. Ellen Holt in September of 1947. They departed to College Place, Washington where he attended Walla Walla College. After college, he taught in Hood River, Madras, and Sweet Home. Ten of his 30 years in education he served as principal. He retired in 1984.

He enjoyed backpacking and mountain climbing with his son and friends, photography, camping, gardening, and family. He also served in his beloved Seventh-day Adventist Church since 1947 in various positions of leadership.

He is survived by: his son, Darrell Rue, and his wife, Maxine; his daughter, Carolyn Runyan, and her husband, Glenn, of Lebanon. He has two granddaughters, Kim Runyan-Barge and Lisa Runyanm and two great granddaughters whom he adored, Kamryn Runyan and Kamber Barge. He is also survived by his oldest sister, AnnaLee Bosson, of Seattle, Washington and many nieces and nephews.

Preceding him in death were: his parents, Harvey Rue and Alma Coffin; his wife, C. Ellen Holt- Rue; and his sisters, Ellen Kolcz, Arletha Fuss, and Bernice L. Wolert.

There will be no funeral or memorial services for Mr. Rue at his request. A graveside service with Military Honors will be at 1:30 p.m., Tuesday, May 12, at Fern Hill Cemetery in Menlo, Washington.