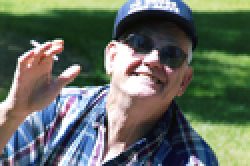 Dudley Floyd Culpepper, age 75, of LaPine passed away Monday. He was born in Millerton, Oklahoma to Tom and Flora Culpepper.

Dudley liked to build things with wood. He also liked to plant and work in gardens. He loved to go dancing and listen to gospel and country music.

He was preceded in death by his dad, Tom Culpepper, in February 1936; mom, Flora Culpepper, in june 1958; stepfather, Earl Yardley, in April 1973; and brothers, Tommy Culpepper and Hubert Culpepper.

Memorial contributions can be made in his honor to the Heart Association.