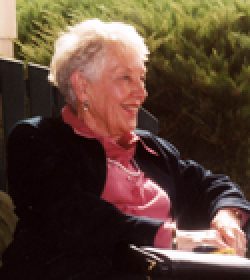 A memorial service for Dorothy will be at a later date.

Dorothy Davis Pyle, 88, of Corvallis, passed away Saturday, December 22, in Albany. She was born and raised in Los Angeles, California. She was the loving daughter of Robert Ingersol and Hazel (Ball) Davis.

Dorothy met her husband, Keith Pyle, of Corvallis on a blind date when he was in Los Angeles working for Douglas Aircraft during WWII. They married in Los Angeles in 1946 and moved to Corvallis. They owned and operated D&B Motors and raised their two children, Janet Pyle and Steven Davis, in Corvallis. When they retired and sold the business, they continued traveling and camping with their horses and their RV.

Dorothy was very active in the Christian Science Church her entire life and she also enjoyed gardening and arranging flowers.

She is survived by: her daughter, Janet Pyle (and spouse, Mark Greenfeld) of Corvallis; son, Steven Davis (and wife, Nancy Scher) of Bend; sister, Frances Pyle (married to Keith’s brother) of Gold Hill; grandchildren, Hari Khalsa of Encinitas, California and Ronan Davis of Bend, Oregon; great grandson, Ravi Das Khalsa, also of Encinitas, California; and 14 nieces and nephews. Dorothy was preceded in death by her husband, Keith Pyle, in 2011.

Dorothy lived a long life and she will be greatly missed. A memorial service for Dorothy will be at a later date.