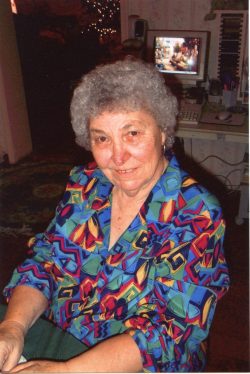 The family will have a private memorial later in the year.

Doris Rose Klapprich, 94, of Sweet Home passed away Friday. She was born in Pembine, Wisconsin to Herman and Mabel (Thurston) Kowitz.

In 1936 Doris’s family came out west to Waldport. Her father said if they could make it to the ocean they would never go hungry. Doris moved to Prineville in 1971 and then to Sweet Home in 2003 to be closer to her daughter, Cyndie Kalina.

Doris was involved with her churches both in Prineville and in Sweet Home.

She was preceded in death by her husband Everett Klapprich in 1991; daughter Michelle Griffin in 2010; four brothers; and two sisters.

The family will have a private memorial later in the year. Sweet Home Funeral Chapel is handling arrangements. www.sweethomefuneral.com