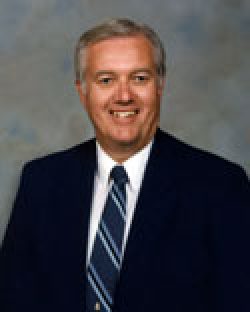 Donald’s family lived in the western Manchester area of Los Angeles until World War II began and they moved to a farm in the Akron, Ohio area. His sister, Mary Carol, and brother, Larry Raymond, were born four and five years after Donald. After the war ended, the family moved to Henderson, Nevada. In 1947, they moved to Illinois Valley in southern Oregon where Donald attended high school, graduating as Valedictorian in 1952. He earned four letters in baseball, three in basketball, and was Student Body President and received his Eagle Scout during his senior year.

Don attended Seattle Pacific College his freeman year, where he met and married Helen Anne Benbow from Buckeye, Arizona on May 23, 1953. They then transferred to Los Angeles Pacific College from 1953 to 1956 where their sons, Larry and Gary, were born in 1954 and 1955. While there, Don lettered three years in basketball and two years in baseball and was named captain and most valuable player. In June 1956, he was class Salutatorian and earned a Bachelor’s Degree in Religion and Psychology. A month later, he was ordained a minister of the Free Methodist Church and assigned to his first church. From 1956 to 1969, he pastored at Brawley, San Pedro (where his daughter Connie Jean was born in 1958), Orange, and Pomona. From 1960 to 1969, he also was Conference Youth Director and Summer Camp Director for 60 churches. During that time, Don earned a second Bachelor’s Degree at Azusa Pacific University in Educational Psychology and began his teaching and coaching career at Western Christian High School.

In 1969, Donald and his family moved back to Illinois Valley for nine years where he was a school teacher, coach and administrator, and pastor, until their children graduated from high school. In 1978 Don and Helen moved to Sweet Home, where he was a school teacher and pastor transferring to the Evangelical Church. He served the churches at Sweet Home, Foster, and Sodaville. Don retired from teaching in 1992, and from the active ministry in 1994. He served 26 years as an educator and 40 years as an active pastor. He conducted over 100 funerals, including those of his parents and other relatives, and performed 300 weddings, including each of his children and grandchildren.

Don and Helen enjoyed RV-ing, including snow-birding several years in Yuma, Arizona. They traveled around the United States and to Mexico, Canada, the United Kingdom, France, Germany, Austria, and Cyprus. They cruised to the West Indies and up the passage to Alaska. Don also liked watching sports, playing golf, and most of all, family gatherings and times spent with his great grandkids.

Don is survived by: his wife of 60 plus years, Helen; sons, Larry and wife Kristin, and Gary and wife Christine; daughter, Connie; grandchildren, Liberty, Cori and Kacie and husband Dustin; and great grandkids Brendon, Aiden and Liam. He was preceded in death by his parents.