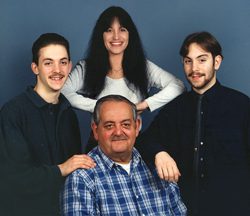 He grew up in Brockport, New York, where in 1970 he established his first HVAC business with the aid of his brother, Jimmy Day.

Dennis was a member of Local 13 Plumbers and Steamfitters Union, and the Refrigeration Service Engineers Society in Rochester, New York. He was an airline pilot/instructor in New York, where he trained navy pilots, and was a commercial pilot in Newport News, Rhode Island. He also worked in maintenance at OSU.

During his life he also spent time in Province, Rhode Island and Grass Valley, California before moving to Sweet Home in 1990.

Dennis was a devoted Catholic, who enjoyed working with his hands, flying airplanes, building antique cars, and restoring an old boat. He will be greatly loved and remembered by all of his family and friends.

He was preceded in death by his father, Robert Donald Day, and sister, Betty Jane Day.