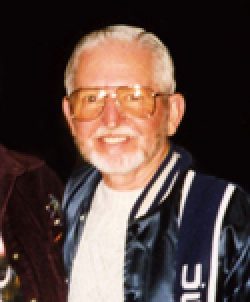 Dean Anderson, 77, of Sweet Home passed away Saturday with his family by his side. He was born in Salem, Oregon to Paul A. and Alberta G. (Robinson) Anderson.

Dean was a resident of Sweet Home for 45 years. He joined the US Navy in 1953 and proudly served his country as a tail gunner during the Korean war. He furthered his career with the Corps of Engineers and worked at Willamette Industries for 21 years and Oregon Cedar for another seven years. In his later years, he was known as “the little Maytag man” while working at Lee’s Appliances.

Dean met Marcy Warriner in 1959. They married in 1960 and had four sons. His sons followed in his footsteps with the love of hunting and the love of cars. They will cherish the memories and what they learned from their father. Dean was a great leader and role model for his boys and made sure they had all that they needed to grow up and become men. Dean and Marcy had a saying between them: Dean was “the rudder that kept her ship on course,” and he was her voice of reason.

He was an avid NASCAR fan. He loved restoring classic cars and enjoyed football, hunting, and being outdoors. He also enjoyed trips to the coast with his family.

Dean Ray Anderson was a solid man with many talents. He was loved by his family and will be greatly missed.