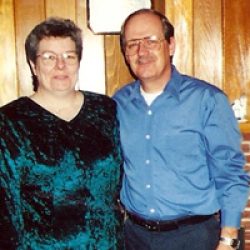 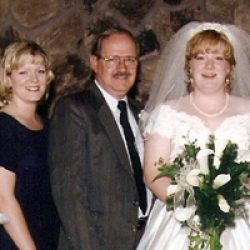 David Redick, age 58, of Sweet Home was called home by his Lord and Savior early Sunday morning. He was born in San Diego, California to Harrell and Jean (Cagle) Redick. He grew up in Redding, California and married his high school sweetheart, Kathleen Halsne in December 1969.

He attended Shasta College in Redding and, later, Gering Church of Christ School of the Bible in Gering, Nebraska. He was ordained into the ministry in Torrington, Wyoming in 1977 and served in churches in Carson City, Nevada and Project City, California before coming to Sweet Home, Oregon in 1989. He served faithfully at the Highway 20 Church of Christ from August 1989 until his death.

Dave was an avid fisherman and especially loved fly-fishing. He tied his own fishing flies and built a fly rod in the 1980s. He enjoyed teaching others, especially youngsters, how to fly fish and tie flies. He was president of Shasta Fly Fishers in Redding, California and a member of Oregon Fishing Club until last year. He and his wife also enjoyed camping and duck hunting. In addition to his great love for his Lord Jesus Christ and the Lord’s Church, his heart was always for his family. He especially loved his six grandchildren.

Mr. Redick is survived by his wife, Kathi, of Sweet Home; sons, Jared Redick of San Francisco, California and Jason Redick and his wife, Amanda, of Sweet Home; daughters, Jessica Dixon of Albany and Richelle Howard and her husband, Seth, of Portland, Oregon; six grandchildren; sister, Debbie Redick, and his parents, Harrell and Jean Redick, all of Redding, California.