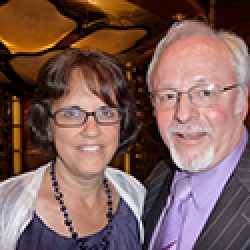 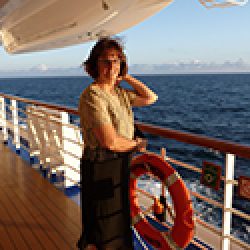 Viewing will be from 4:00 to 7:00 p.m. Friday, January 29, at Sweet Home Funeral Chapel. Graveside service will be at 1:30 p.m. Saturday, January 30, at Gilliland Cemetery.A picnic to celebrate and gather will be held this summer.

Darlene Moyer Knox, 67, of Lebanon, Oregon passed away Saturday, January 23. She was born in Sellersville, Pennsylvania to Elmer and Marian (Moyer) Godshall.

She spent her “growing up” years, living the traditional rural life near Souderton, Pennsylvania. Darlene attended Christian school going through all 12 grades, graduating from Christopher Dock Mennonite High School in 1971. Her first job was working in a local cousin’s grocery store, until taking a position as a (local) Dental Assistant. Having taken piano lessons at an early age, she then joined a local Christian Music Group called The Basics as their pianist in her teen years performing at various local church functions. During those years, Darlene decided to attend a concert, presented by a West Coast singing band called The Knox Brothers from Oregon. This was the Brothers first East Coast tour. Immediately following the concert, Ed (one of the brothers) struck up a conversation with Darlene and they decided to become Pen Pals! In January 1975, the two singing groups decided to join forces for a concert on the Brothers next tour to Pennsylvania, after which a romance was born! Ed flew back into Pennsylvania in June and proposed marriage! They were married on November 22, 1975 in a local country church in Pennsylvania. Immediately following this, Darlene moved with Ed to Oregon, where they raised a family of two sons, Loren and Adrian, in Lebanon.

Darlene supplemented family income working for Sharon’s Restaurant, and then The Soda Shop (both in Lebanon). Her final place of employment was being a “Samples Lady” at Costco. Darlene was diagnosed with Multiple Myeloma in November of 2015 and passed away from this disease January 23, 2021.

Darlene was preceded in death by her father, Elmer, mother, Marian, brother, Ray, and sister, Lori, all of the Souderton, Pennsylvania area.

Viewing will be from 4:00 to 7:00 p.m. Friday, January 29, at Sweet Home Funeral Chapel. Graveside service will be at 1:30 p.m. Saturday, January 30, at Gilliland Cemetery.A picnic to celebrate and gather will be held this summer.