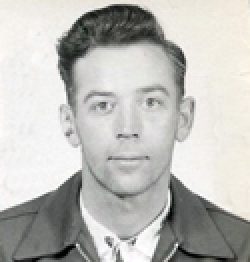 Curtis was preceded in death by his brother, Harlan Brown in 2010.

Curtis LeRoy Brown, 89, of Sweet Home passed away Saturday at home under hospice care. He was born in Eureka, California to Roy and Anna (Roth) Brown.

He joined the NYA (National Youth Administration) and received training for one year to repair airplane engines at Sacramento’s McClellan Air Force Base. He was drafted into the United States Air Force in 1942 and served at McClellan Field and overseas in Scotland until he was discharged in 1946.

Curtis lived in California until 1959 when he moved to Alaska for a year before moving back to California. He moved to Springfield in 1962, Madras in 1967, and Laurelwood in 1968 before living at Spirit Lake, Idaho from 1974 to 1995. Curtis then moved to Cave Junction in 1995, and then to Sweet Home in 2006 until he passed away.

During his life, he has worked at the Arcata Barrel Factory and at the mechanic and tire shop. He worked for a building contractor for two years, after which he farmed for a few years. In 1964, he became a cabinet maker and general carpenter until he retired.

Curtis like to repair things. He helped people fix things and helped build churches and houses. He liked to do plumbing and electrical jobs. He enjoyed church activities.

Curtis was preceded in death by his brother, Harlan Brown in 2010.