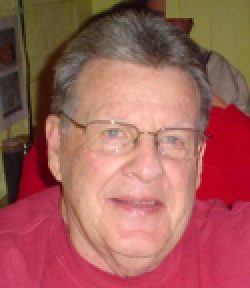 A private celebration of Cliff’s life will be held at her and Cliff’s residence on Tuesday, May 21, starting at 5:00 pm.

On Wednesday, May 15, 2013, Clifford Lorance Oden, 77, beloved husband, father, brother, grandfather, uncle, and friend, was peacefully lifted up and released from his recent medical struggles and welcomed to God’s eternal loving home. Cliff leaves behind many loved ones whose lives are forever changed through his examples of strength, Christ-like love and easy-going spirit..

Cliff was one of four children born to Richard and Elizabeth Oden on June 19, 1935 in Glendale, California. His family lived in Burbank, where he grew up with his older brother, Richard and twin sister Claudia. Cliff graduated from Burroughs High School in Burbank. He attended the University of Southern California, majoring in Architectural Engineering, where he met Rita Diane and later married on September 12, 1964.

Cliff was employed by Atlantic Richfield as a systems analyst manager. While moving from Southern California to New York during Cliff’s employment, together they raised three beautiful children, Craig, Eric, and Kimberli. The family was relocated to Brea, California in 1970 when ARCO relocated their corporate headquarters to Los Angeles. From 1970 to 1989, both Rita and Cliff volunteered their time and energies to many community organizations and youth programs that their children participated. The two were instrumental in the development and operation of both the Brea Booster & Community Foundations, while spearheading the planning, development and eventual construction of the new modern technologically advanced Brea High School.

When Cliff retired from Atlantic Richfield Company in 1985 due to health problems, both of them set search over the next four years for the perfect retirement home and community, eventually settling in Foster, Oregon in 1989. Finding their “Dream Home” along side Foster Lake (Cliff thinks he’s a fisherman), Cliff formed new friendships and became involved in many local community activities and economic development programs. In 1990, they teamed up with Marge Gail and other community organizers in developing the Sweet Home Economic Development Group and the initial Oregon Jamboree that continues today to benefit from their contributions.

In 2007, Cliff’s wife Rita succumbed to cancer. Through God’s will, Cliff’s empty heart was soon filled with the love of Devina Marie, who he then married Valentine’s Day 2010.

Cliff and Devina enjoyed the company of their family and friends. They spent time traveling to their favorite locations together. They enjoyed walks in the parks and mountains. Cliff could never resist stopping by A&W and sharing his favorite soda float with Devina. Many times they could be seen together enjoying a show down at the local movie theatre. They enjoyed cards and board games. They could often be seen out on the lake relaxing in their boat, where Devina could teach Cliff how to fish, although he would tell you it was the other way around..

Cliff enjoyed and looked forward to spending time with the Cascadia Fellowship, for many years to come; others will be able to enjoy Cliff’s craftsmanship, as he restored an antique hardwood table for the fellowship hall.

Cliff enjoyed his talks with his good friend Ken Seth and his wife Natasha. He often shared with his family how lucky he was to have met such kind people and how he considered Ken to be one of his closest friends.

Cliff’s talents were many; including architecture, drawing, planning, general contracting and managerial skills, woodworking, computers, and all around handy man. In addition to his God given abilities to touch the lives of all he met, Cliff’s greatest accomplishments, memories, and fondest moments came as a husband, father, and grandfather when planning gatherings on holidays and special occasions for the entire family and friends.

Cliff’s presence in this life will be greatly missed. His smile, charisma, and simple ability to bring joy and meaning to all those around him will continue to flourish in the lives that he has touched and shall serve as an example of his everyday belief that our true life’s prodding and highest calling along its path is to truly love one another.

A private celebration of Cliff’s life will be held at her and Cliff’s residence on Tuesday, May 21, starting at 5:00 pm.